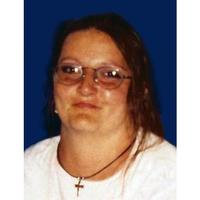 Carla Kruse passed away at her home at Grassland Apartments in Coon Rapids on Thursday, May 19, 2016 at the age of 51. Carla Christine Kruse was born on October 31, 1964 to Leon and Emily (Stream) Kruse in Rush City, Minnesota. She attended school in Rush City from Kindergarten to 12th grade. She moved to Grand Rapids, Minnesota in January of her senior year. On February 15, 1983 she was involved in a car accident that left her in a wheelchair. They had been hit by a drunk driver. After months of rehab and hospital stays and adjustments to her injuries she became involved with MADD (Mothers Against Drunk Driving) Carla enjoyed doing paint by number pictures, crafts and online shopping. She was also involved with her church for many years until the last few years when it got harder for her to get around. Carla is survived by her parents Leon and Melody Kruse of Rush City, sisters Melanie Johnson (Edgar Soto) of Glendale, Arizona, Brenda (Nick) Skiba of Rush City, brother Brian Kruse (Jennifer Lundgren) of Chisago City, nephews and nieces Allen Johnson, Tricia (Jason) Mather of Arizona, Damon Kruse, Destiny, Brandon and Annabelle Skiba of Rush City, great-nephews and niece Travis, Austin and Victoria Mather of Arizona, grandparents Lloyd and Eileen Johnson of Grantsburg, Wisconsin, uncles, aunts and cousins, special friends Dawn, Pam and Rick. She is preceded in death by her mother Emily Kruse, grandparents Carl and Ruth Kruse, Irv and Ruth Stream. Pastor John Beck will officiate at funeral services for Carla: 11:00 AM Saturday, May 28, 2016 at St. John’s Lutheran Church of Rush City. A gathering of family and friends is planned for one hour prior to the service at the church. The interment will take place in the Covenant Cemetery of Rush City. Funeral arrangements for Carla Kruse are entrusted to the Funeral and Cremation Service of Rush City-Olson Chapel www.funeralandcremationservice.com
To order memorial trees or send flowers to the family in memory of Carla Christine Kruse, please visit our flower store.