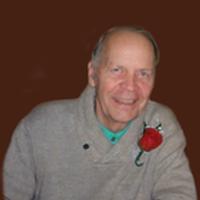 William "Bill" Peters of Rush City passed away Saturday, September 24, 2016 at Birchwood Care Center in Forest Lake at the age of 83. William “Bill” Bernard Peters was born on June 30, 1933, in Peoria, Illinois to Bernard and Myrtle (Heinritz) Peters. In 1938, Bill’s family moved to Minneapolis, Minnesota where he attended Minneapolis public schools. While Bill was in high school, he lettered in baseball and hockey. In 1951, he graduated from Minneapolis West and then continued on to the University of Minnesota for one year, followed by four years in the US Navy. In 1957, Bill enrolled at the Dunwoody Technical School where he majored in air conditioning and refrigeration which led to employment as the department head at Kartoum Technical School in Sudan, Africa. After returning to the US, Bill accepted an engineering position at the Met Sports Center, followed by a position at a frozen food warehouse. In 1987, Bill launched R & R Specialties, a business dealing in the field of refrigeration. On April 16, 1988, Bill and Millie were married in Las Vegas, Nevada. Bill & Millie lived in Robbinsdale until 1996; the same year he sold R & R Specialties and moved to Rush Lake. Bill was active in the community and in the Rush City Lions, receiving the Melvin Jones Fellow Award and Helen Keller Sight Award. In 2012, Bill and Millie were honored to be selected as the Rush City Chamber of Commerce “Community Service Award” recipients. Bill made two Mission trips to Mexico and was an active member of the First Evangelical Lutheran Church or Rush City. Bill was a lifetime member of both the American Legion and the VFW with current memberships in the Grothe-Jacobson VFW and the Rush City American Legion. He lived a good life and lived it to its fullest. Thanks to all the people who had part in it. Bill is survived by his wife Millie Peters of Rush City; children: Natalie (Charles) Stenger of Mendota Heights, Douglas (Vangie) Peters of Whittier, California, Randy (Lorri) Nick of Eagan, Michelle (Mitch) Dietrich of Turtle Lake, Wisconsin; 8 grandchildren; 12 great-grandchildren; sister-in-law Margaret Quick of Forest Lake; one niece and one nephew. He was preceded in death by his parents Bernard & Myrtle Peters. Reverend Laurie O'Shea and Reverend Jamie Thompson will officiate at funeral services for Bill: 11:00 AM Friday (9/30/16) at the First Evangelical Lutheran Church of Rush City. The cross bearer will be Gaylon Stenger. Casket bearers include Ron Peltier, Duane Nessel, Marlen Holmberg, Andy Schoeberl, Bob Erickson and Cliff Nelson. Honorary casket bearers will include the Rush City Lions. Music will be provided by Dianne Kirchberg, Marilyn Schoolmeesters, Sandy Holmberg and Al Tripp. Military honors will be provided by the United States Navy, Grothe-Jacobson VFW Post #6692 and the Rush City American Legion Post #93. A time of visitation and reviewal is planned from 5:00-7:00 PM Thursday (9/29/16) at the Olson Funeral Chapel in Rush City and also one hour prior to the service at the church. Memorials may be directed to the First Evangelical Lutheran Church of Rush City~Handbells. Funeral arrangements for Mr. Bill Peters of the Shorewood community on East Rush Lake are entrusted to: Funeral and Cremation Service of Rush City~Olson Chapel. www.funeralandcremationservice.com
To order memorial trees or send flowers to the family in memory of William "Bill" Bernard Peters, please visit our flower store.