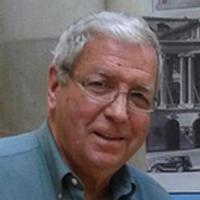 Albert L. Wanous, age 73, passed away on Monday morning, December 12, 2016, in Vienna, Virginia, where he resided as he worked as an Agriculture Advisor with the US Agency for International Development.Al was born to Albert A. and Bernice Wanous on April 5, 1943 in Pine City, MN. He grew up on the family farm, graduating from Pine City High School. He then attended the University of Minnesota, receiving a degree in Agribusiness and Economics.He was united in marriage to Eileen McCrory on December 21, 1963. After living in Hopkins, MN, for several years, Al took over the farm northeast of Pine City. There, he and Eileen lived and raised their four children. He enjoyed his many family and church activities and also served as a Land O' Lakes board member for 15 years during this time.Those 24 years of dairy farming provided many life lessons and valuable experiences that Al would use as he worked in various other capacities. This included development and training in many Eastern European countries through Land O' Lakes, and eventually a LOL joint venture that brought Al and Eileen to Poland for over ten years.After returning from Poland, they settled in the Cambridge MN area. From there, Al accepted additional assignments, coming back between contracts or on breaks. He worked with USAID implementing partners in the Balkans and the Middle East for several years before being employed by USAID itself, again stationed in the Middle East.Wherever he went, his heart went out to the many people he met who lived in such difficult circumstances. He wanted to remove the obstacles that prevent people from thriving in their countries. He believed people needed to be given the chance to develop and use their potential.In the last years Eileen was unable to join him on overseas assignments, as he worked in war-tattered countries. His family always looked forward to his visits and the special times with each of them. He knew how to fill a room with laughter and knew how to shed a tear. He had incredible drive and work ethic and was not one to sit on the sidelines. His family was pleased to share him with so many people.Most recently, Al was supporting the Afghanistan Office of Agriculture, traveling to Afghanistan and back. He had to discontinue his travels a year ago when he was diagnosed with cancer. He continued to work stateside until his passing, due to progressive cancer and failing kidneys.Albert had a passion for enabling people to realize their own potential, and used his abilities to mentor, and to help remove barriers in worn torn countries to accomplish that end.  He will be deeply missed.Al is survived by his wife Eileen of Cambridge, MN; children: Todd Wanous of Cambridge, MN, Mark (Diane) Wanous of Midland, MI, Brenda (Paul, DVM) Koskinen of Grand Rapids, MN and Brad (Paula) Wanous of Loretto, MN; grandchildren: Blake, Kayla, Ethan and Jacob Wanous; Luke, Seth and Josiah Koskinen; Sam, Alex and Ellie Wanous; sister Myrna Bender of Pine City, many other relatives and friends.He is preceded in death by his parents Albert A. and Bernice Wanous and brother Ricky Wanous.Memorial services for Albert Wanous: 11:00 AM; Friday, December 23, 2016 at Common Grounds Church in Cambridge. A time of visitation and reviewal is planned for Thursday evening (12/22/2016) 4-8:00 PM with a time for family and friends to share at 7:00 PM at the Swanson Chapel, Pine City. A time of visitation for family and friends is also planned for one hour prior to the service at the Church in Cambridge. Memorials preferred to Path to Home in memory of Albert Wanous @ https://www.eservicepayments.com/cgi-bin/Vanco_ver3.vps?appver3=wWsk24ZWJSTZKsGd1RMKlg0BDvsSG3VIWQCPJNNxD8upkiY7JlDavDsozUE7KG0nFx2NSo8LdUKGuGuF396vbcY6flj_fFMbPwWEOuLn1HqXHubq5Z7ap5JVmPErc4ZeYHCKCZhESjGNQmZ5B-6dx0vBnrQPfwveEeSqdVjBnjI=&ver=3Funeral arrangements are entrusted to the Funeral and Cremation Service of Pine City, Swanson Chapel. www.funeralandcremationservice.com
To order memorial trees or send flowers to the family in memory of Albert Lloyd Wanous, please visit our flower store.