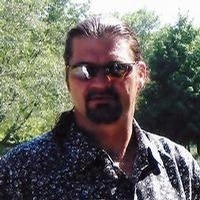 Bruce Pariseau, 56, of North Branch passed away Friday, May 11, 2018 at North Memorial Hospital in Robbinsdale as a result of a motorcycle accident.

Bruce John Pariseau was born January 30, 1962 to Gerald “Jerry” and Carol (Parsons) Pariseau in Saint Paul, Minnesota. He was the third youngest of nine children.

Bruce spent his whole life in East St. Paul where he was a self-employed handyman. About one year ago he moved in with his brother Michael in North Branch so he could be closer to his family.

Bruce was a very loving and generous person. If you needed something and he had it, it was yours or he would find one for you. He was an avid fisherman and if you couldn’t find him you knew he was out on the lake fishing.

He is preceded in death by his mother Carol Pariseau; sister Diane Bloom; brother Scott Pariseau.

Father Shane Stoppel-Wasinger will celebrate a Mass of Christian Burial for Bruce: 10:30 AM; Friday (5/18) at Sacred Heart Catholic Church, Rush City. A time of visitation and reviewal is planned for Thursday (5/17) from 5-8 PM with a Rosary at 7 PM at the Olson Funeral Chapel.  An additional time of visitation and reviewal will also take place 1 hour prior to the Mass at the church.  The interment will take place in Calvary Catholic Cemetery, Rush City.

Funeral arrangements are entrusted to the Funeral and Cremation Service of Rush City - Olson Chapel. www.FuneralAndCremationService.com
To order memorial trees or send flowers to the family in memory of Bruce John Pariseau, please visit our flower store.