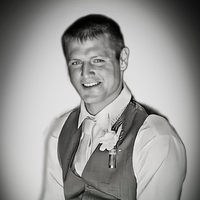 Cole Richard Werner was born on June 20, 1993 in Rush City where he was raised. Before graduating in 2011, he played football and hockey in high school. He loved hockey, and was a fierce competitor in football where her received the Pitbull Award. “It’s not the size of the dog in the fight, it’s the size of the fight in the dog.” After graduation, Cole worked as a laborer for several different companies in the Twin Cities metro area.

Cole loved life, family, friends and all things nature. He especially loved hunting and fishing. He loved fishing for catfish at the river, bass at the cabin in Grand Rapids and hunting weekends at the shack on the family farm. Cole especially loved his niece Emma. He thought she was the most beautiful girl in the world. Cole also enjoyed time with his many, many friends. One friend said he was “a genuine kinda guy with a big heart, who you could talk with for hours...if you’d let him!”

You had a heart of gold and everyone who knew you was lucky to have you!

To order memorial trees or send flowers to the family in memory of Cole Richard Werner, please visit our flower store.