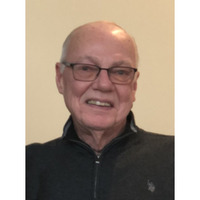 Dean George Yorston was born August 4, 1942 to George and Beatrice (Oxberry) Yorston in Minneapolis, Minnesota.  As a teen he was a member of the Arcana DeMolay and graduated from Edison High School in the Class of 1960.  At a Luther-league teen meeting at St. Petrie Lutheran Church in North Minneapolis, he met his future wife, Judy, at the age of 15.  They were sweethearts throughout their high school years, he proposed to Judy at graduation.

After high school Dean worked as an auto mechanic, he continued working days while beginning Dunwoody’s night school and 7-year plumbing apprenticeship program.  Dean and Judy were married September 2, 1961 while Dean was both an auto mechanic and a student.  Their first son, Michael, was born December 7, 1962.

In early 1963, Dean started working at Axel Newman Plumbing as an apprentice and they bought their first home in North Minneapolis.  Their second son David was born November 28, 1966 and it was time for a bigger house. The family moved to a lovely three bedroom home in Fridley, Minnesota. Their daughter Beth was born December 9, 1968 to fill that third bedroom.

The plumbers went on strike shortly after Beth was born.  After the strike Dean found work at a small plumbing firm in Hopkins; he rapidly demonstrated his talent and value.   When Newman asked him to return to work he did so with new knowledge and a real marketability in his field.  It wasn’t long before a large firm Egan & Sons sought out Dean to work for them.  At the firm Egan & Sons Dean enjoyed a lifelong career; advancing as foreman, he studied and became a Master Plumber.  He worked as a project manager/labor coordinator for Egan Plumbing & Pipe Fitting applying his vast expertise and knowledge to larger operations.  His work stands today in the large construction projects he worked, including several iconic buildings in downtown Minneapolis; the Hyatt Regency, City Center, Cedar Riverside Complex (featured as a home for Mary Richards a.k.a. Mary Tyler Moore) and Shriners Hospital.

Dean started the training to become a Mason in 1976, after a few years as a Mason he was sponsored to join the Shriners.  He was actively involved throughout the remainder of his life achieving many milestones within the Shriners: President of the Ceremonial Unit which focused on the initiation of new Shriners throughout the region, Potentate Aid, First President of the Steel Drum Band, supported and participated in many Shriner events.

In 1978, Dean bought a lovely riverside home in Fridley where they lived for twenty years. In 1998, he and Judy found the home of their dreams; a charming one-of-kind hobby farm on Cross Lake Road in Pine City.

In 2001, at age 59, Dean retired to enjoy his slice of paradise in Pine City where he joined and served as President of the Cross Lake Association – dedicated to preserving and protecting the environment by working on preserving water quality of the lakes and streams.

As part of his passion of the environment, Dean leveraged his plumbing knowledge joining the Pine County Sewer Board working on the conversion of local septic tanks to city sewer; preserving watershed. He served as the Chairman of the Sewer Board until September 30, 2021.

Dean was well known and much loved his family and friends.  He always had time for conversation and extended a willingness to help.  He will be missed, but he has left this world a kinder place because he was here.

He was preceded in death by his parents George and Beatrice Yorston; brothers Dick Yorston and Jim Yorston.

Mike Hill will officiate at Masonic funeral services for Dean: 11:30 AM; Thursday, November 4, 2021 at the Swanson Funeral Chapel in Pine City.  A time of visitation for family and friends is planned for one hour prior to the service at the chapel.

The family cares about your health and safety; masks are required for the visitation and service.

To order memorial trees or send flowers to the family in memory of Dean George Yorston, please visit our flower store.