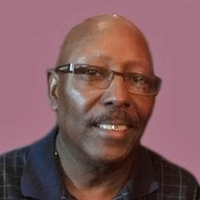 He is preceded in death by his father Edwin Lewis Sr.; mother and step-father Bennie (Tommie) Wesley; and nephew Michael McCray.

Pastor Steve Ekholm with officiate funeral services for Ed: 11 AM; Friday, November 30, 2018 at Living Hope Church in Mora.  A time of visitation will be held one hour prior to the service at the church.  The interment will be in Grasston Union Cemetery.