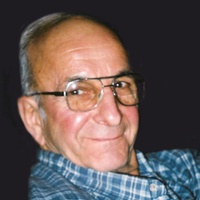 The family of Gene Smetana is sad to share that Gene passed away on Friday, September 22, 2017.  Gene took his last breaths of life while sleeping and with his two oldest daughters with him in his home at the age of 84.  Gene persevered with living an independent life and maintained his routine of getting out and about up until 2 days before his passing. Gene was a life long resident of Pine City.  He was born to Emil and Bessie (Pubuda) Smetana and was the oldest of four children:  Gene, Robert (Bob), Shirley, and Tom. He grew up on the family farm west of Pine City.Gene was a 1951 graduate of Pine City High School and shortly thereafter served in the Korean Conflict.  He enjoyed high school friends all his life.  Gene was gifted as a mechanic and could fix about anything.  He worked for his whole career for United Power Association serving as the plant operator in Pine City.   His kids were proud of him as he was responsible for generating peak need electricity and would start the big turbine engines to support the Christmas tree lights and air conditioning seasons.Gene married Ginny Flor of Hinckley in 1957 and together they raised four children in a home built by Gene.  Cheryl, Gary, Debbie and Deanne all cherish their wonderful childhoods filled with innocence, time with family every night at 6:00 for dinner, Sunday afternoon drives, visits to the DQ, snowmobiling and wiener roasts in the snow, camping and vacations.  Gene and Ginny were married for 49 years. Gene routinely worked more than one job.  He was very dedicated and served UPA fully and then would plow snow, mow roadsides, plow gardens, do car repairs from his home garage and later bought the Polaris dealership and started Pine Towne Sports.   He helped start the Flames Snowmobile Club and enjoyed that involvement for many years.Besides snowmobiling Gene enjoyed motorcycling and he and Ginny went on trips on his Goldwing.  Gene enjoyed restoring tractors and often displayed his tractors at the Pine County fair.  He was fastidious in details and his refurbished tractors are beautiful. Gene grieved deeply when Ginny passed away in 2006 and spent the last eleven years of his life as a widower.   He and his classmate, Ella Caroon developed a special friendship for the last several years and especially enjoyed meals together, talking and driving on country roads and along the river’s edge and sharing each others’ families’ times together.  Gene’s children saw Ella as a blessing and appreciated the friendship and love they shared and the good times they enjoyed together.Gene was deeply loved by his family and is survived by children: Cheryl (Chris) McHugh, Gary (Jill) Smetana, Debbie (Randy) Brant of Pine City and Deanne (Blair) Nelson of Waseca; sister Shirley (Joe) Basta of Cambridge and his very special friend Ella Caroon of Pine City; grandchildren and great-grandchildren: Ryan (Deanna) Brant and their children Bronson, Hunter and Brooklyn, Corey Brant (Christina) and their daughters: Sydney and Rio;  Allie Brant, Colton Brant; Molly McHugh, Ross (Karen) McHugh; Nikki (Chas) Benson and their children Madalyn and Annabelle; Tenille Nelson, Taylor (Chad) Ziemke; and Boden Smetana.Gene is preceded in death by his wife Ginny, parents Emil & Bessie Smetana, brothers Robert and Thomas and grandson Tyler Nelson, Deanne and Blair’s son. Memorials in Gene's memory may be given to:  American Lung Association, 490 Concordia Ave, St. Paul, MN 55103 or the First Presbyterian Church, 405 Main Street S, Pine City, MN 55063.Pastor Rob Spahr will officiate Funeral Services for Eugene:  11:00 AM Tuesday, September 26, 2017 at the First Presbyterian Church, Pine City.   A time for family and friends to gather and share memories is planned for Monday evening 5:00-7:00 PM at the Swanson Chapel and also 1 hour prior to the service at the church.  Interment will take place at Birchwood Cemetery, Pine City.Funeral arrangements entrusted with gratitude to the fine staff at the Funeral and Cremation Service of Pine City ~ Swanson Chapel.  www.FuneralAndCremationService.com
To order memorial trees or send flowers to the family in memory of Eugene Joseph Smetana, please visit our flower store.