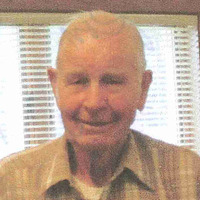 Frank Ritter of Bruno passed away Wednesday, October 28, 2020 at Sandstone Healthcare at the age of 92.

Frank was born January 11, 1928 to John and Almira Ritter in Laverne, Minnesota.  He was one of seventeen children.

He was preceded in death by his parents; sons Steven and Ronald Ritter; nine brothers and sisters.

Father Joseph Sirba will officiate a memorial service for Frank: 2:30 PM; Wednesday, November 4, 2020 at the Swanson Funeral Chapel in Pine City with a time of visitation one hour prior to the service at the chapel.  The interment with military honors will follow at Calvary Cemetery of Pine City.

To order memorial trees or send flowers to the family in memory of Frank Anthony Ritter, please visit our flower store.