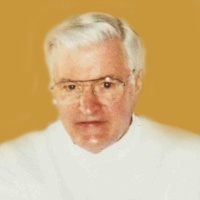 Gerald "Jerry" Gross passed away Thursday, July 11, 2019 at Mercy Hospital in Coon Rapids at the age of 85.

Gerald Herman Gross was born January 3, 1934 in Brook Park, Minnesota. Jerry grew up in the town of Bruno where he was cared for by his great-aunt Edna Zern.  He attended Bruno elementary school and later graduated from Askov High School in 1952.  Jerry’s junior year of playing on Askov’s basketball team, he dove for the ball along with another player who had the same idea and Jerry ending up on the bottom and in a body cast and could not play for the district championship.

At the age of 19, Jerry enlisted in the United States Air Force and was sent to Illinois where he was trained as an airplane mechanic.  After completing his service he returned to Minnesota. On August 15, 1959, Jerry was united in marriage to JoAnne Selleck at the Methodist Church in Pine City.

Jerry was employed at the paper mill in Cloquet, Minnesota, City Clerk for the City of Braham, and worked for Mark Eliason and Farmers Insurance.

Jerry and JoAnne donated much of their time and efforts, especially on holidays to the Masonic home.

Pastor Rob Spahr will officiate funeral services for Jerry: 11 AM; Tuesday (7/16) with a time of visitation and reviewal planned for one hour prior to the service all at the Swanson Chapel.  Casket bearers include Wally Connaker, Robert Gross, Joe Rosemeyer and Jim Sharp.  Music will be provided by Caron Peters and Glenna Reierson.  The interment will take place in Oakwood Cemetery in Mora.

Funeral arrangements are entrusted to:  Funeral and Cremation Service of Pine City~Swanson Chapel.

To order memorial trees or send flowers to the family in memory of Gerald "Jerry" Herman Gross, please visit our flower store.