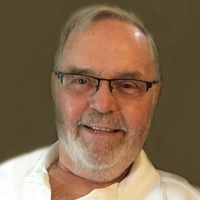 James Ware (Big Jim) formerly of Pine City passed away at his home in North Branch on Wednesday, January 30, 2019 at the age of 78.

James Denver Ware was born July 31, 1940 in Camden-on-Gauley, West Virginia to Clifford and Minnie Ware.  He was the middle child of seven brothers and sisters.  Jim and his wife Diane (Rose) grew up on the same mountain.  After their marriage they made their home in Minnesota.

Jim was employed with 3M for 31 years, starting as an apprentice and eventually retiring as a Plant Manager for St. Paul Fabrication Services.  Jim was devoted to his family, he also loved to sing, hunt, fish, and golf!  In the end, ALS took his ability to move, swallow, speak and finally to breath, but he held fast to his joy, his love, and his strong faith in Jesus.

Pastor Joel Preston will officiate funeral services for James: 11 AM; Saturday, February 9, 2019 at the Pine City Evangelical Free Church.  A time for family and friends to gather will be held Friday, February 8, 2019 from 5 - 7:00 PM at the Swanson Chapel and also one hour prior to the service at the church.

To order memorial trees or send flowers to the family in memory of James Denver Ware, please visit our flower store.