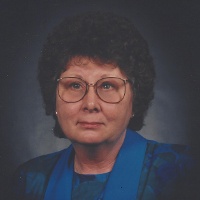 Janice Darlene Leaf was born March 14, 1940 and was the youngest of 12 children born to Andrew and Mary (Erickson) Leaf in Grandy, Minnesota.
From humble beginnings she lived her entire life in the Grandy / Rush Lake area and was always very thankful for what she had. She graduated from Cambridge High School in 1958 and married in 1959. A few years later she moved to Rush City and in 1968 moved to her home on a hill overlooking West Rush Lake. She loved and raised her five children over the years and continued to live in her home until dying peacefully.

Janice became involved in church at a young age, following her Lutheran faith all her life. She was also an avid piano player and her talents were shared with so many others including proudly devoting many years of her life as organist for Calvary Lutheran Church in Rush Point. On weekends during the summer, many of the lake cabins below her house could often hear her playing beautiful music as the sound passed through her open windows.

Among her other loves were family and gardening. While there were many Leaf family reunions over the years Janice especially enjoyed the periodic gatherings with her sisters. Lunch or dinner did not matter, when the “Seven Sisters” gathered together a great time was had by all. Janice was an exceptional gardener as well. You name it, she grew it, and she canned it. Every summer she spent countless hours tending, tilling, and pulling weeds. Her efforts always paid off too, she always had plenty of tomatoes, beans, corn and other vegetables to can every summer.

Janice loved her family and friends and in return she was loved by many. We know she is now peacefully with God and she will be deeply missed.

She was preceded in death by her parents Andrew and Mary Leaf; brothers Lee Moile, Allen, Russell, George and Wayne; sisters Marion, Jean, Dorothy and Barbara.

Reverend Dr. Vicki VanderVegt will officiate at funeral services for Janice: 11 AM; Friday, June 21, 2019 at Calvary Lutheran Church in Rush Point. A time of visitation and reviewal is planned from 5-8 PM; Thursday (6/20/19) at the Olson Funeral Chapel in Rush City and also one hour prior to the service at the church. The interment will take place in Calvary Lutheran Northview Cemetery, Rush Point.

To order memorial trees or send flowers to the family in memory of Janice Darlene Johnson, please visit our flower store.