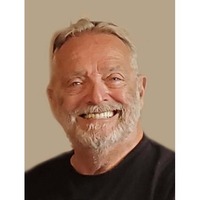 John Norring Sr. (Rowdy) passed away Wednesday, September 22, 2021 at Mercy Hospital in Coon Rapids at the age of 67. He was surrounded by his loving and faithful wife, as well as his 5 sons who adored him.

He was preceded in death by his father James Norring.

John originally grew up in the Saint Paul area, in his latter youth moved to the farm in Pine City when his mother married Ernie Youngbauer. He served in the U.S. Army during the Vietnam War.  John married the love of his life in 1975. They were married for 47 ½ years, and had 5 sons. John and his family moved to Pine City in 1986. When his boys were growing up, he was the loudest cheerleader at all their sporting events! For most of 44 years, John was a truck driver having just recently retired. During his years of driving over the road, his CB radio "handles" were "The Gray Ghost" and "Whiskers". John was able to achieve one of his life-long career goals by becoming an independent business owner/operator 20 years ago. At that time, he began hauling containers for the rail yards locally. John was a hard worker and skilled in a variety of areas. He had previously enjoyed working as a tree trimmer, tow truck driver and riding motorcycle escort service. For over a year, he had been hauling antique cars with the intention of doing so in retirement. He loved spending time with family and friends and enjoyed the outdoors. He fished year round, hunted deer, geese, ducks and pheasant. He even hunted a nuisance bear at the Shuey farm once! He especially enjoyed riding his motorcycles. He was a member of the Association of Harley Davidson Riders.

John leaves behind a legacy of love, loyalty, courage, hard work and dedication. He loved his family fiercely and wore his heart on his sleeve. He always worked very hard to be a good provider. John was a compassionate man and alongside his wife Chris, was always willing to help others who were in need. He even offered space in his own home, particularly to children in need when his own boys were growing up. John was willing to provide support to those who needed it by offering his work, his money, his home and especially his heart to help those who were vulnerable and in need. He always led from the front, not just by his words, but more importantly by his actions. He would truly give the shirt off of his back and literally fight for those he loved. He provided many dignified and life long lessons to those around him. All who knew him are truly blessed to have experienced his presence in their life.

A celebration of John’s life will be held at the VFW in Pine City, MN on October 23rd. A memorial service will be at 11:30 followed by lunch, then visitation until 6:00. We do realize that with the upswing of Covid-19, some people are not comfortable being in a crowd, and understand if you can't be here. Others are welcome to wear masks.

Funeral arrangements for John Norring are entrusted to the: Funeral and Cremation Service of Pine City, Swanson Chapel

To order memorial trees or send flowers to the family in memory of John Charles Norring, please visit our flower store.