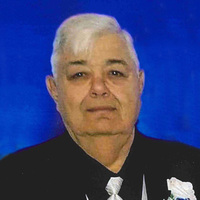 Layne Neinstadt passed away suddenly Friday, December 17, 2021 surrounded by family and friends.  He was born May 24, 1948 in St. Paul, Minnesota to John and Lucille (Louden) Neinstadt.

After graduating from St. Bernard Catholic High School, Layne started a 31 year career working at American Can Company in St. Paul.  Upon his retirement from there, Layne started another 14 year work life at the Grand Casino-Hinckley.  Layne was married to Kathleen Sobaszkiewcz, April 4, 1970 and were blessed with two boys John and Peter.

Having spent summers in Pine City at his parents cabin on Lake Pokegama, Layne and Kathleen officially made Pine City their home in 1973.  Pine City was very important to them both; as they served their church and community in various roles.  Layne was a 20 year member of the Pine City Volunteer Fire Department.

Layne and family loved traveling together and visited many states. He loved music and could recognize the artist and song in just a few notes. He especially enjoyed watching old western movies; John Wayne movies, Gunsmoke, Wagon Train and many others.

Pastor Tim Adams will officiate at funeral services for Layne; 12 Noon; Wednesday (12/22/21) at the Journey North Church in Pine City.  The Pine City Fire Department will provide honors in the form of a "Bell Ceremony".  A two hour visitation prior to the service Wednesday is planned.  The interment will take place in the spring of 2022.  A fellowship luncheon is planned to follow the service.

Funeral arrangements have been entrusted to: Funeral and Cremation Service of Pine City-Swanson Chapel.  www.FuneralAndCremationService.com

To order memorial trees or send flowers to the family in memory of Layne Elmer Neinstadt, please visit our flower store.