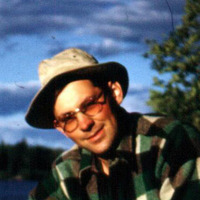 Lester "Les" Bombard of Pine City passed away peacefully surrounded by his family Wednesday, March 11, 2020 at Lakeside Health & Rehab Center in Pine City at the age of 91.

Lester Charles Bombard was born on March 15, 1928 to Earl and Agnes (Peterson) Bombard in Chengwatana Township, Pine County, Minnesota.  He spent most of his youth in Chengwatana Township, but some of his fondest childhood memories were of the brief time he lived in Groningen, a tiny town near Sandstone, where he would spend time with his friend at the train depot rolling metal hoops on the platform with a stick and placing pennies on the train tracks. He graduated from Pine City High School in 1946 and on July 22, 1946 he married Mary Blahnik. The couple eventually settled on a farm east of Beroun in 1954 where they raised their 10 children.

In the 50’s, Lester worked at Mel Kutzke’s Texaco station and Studebaker auto sales in Pine City working the gas pumps and as a mechanic. He then worked for a time at the Twin Cities Army Ammunition Plant in Arden Hills. After that, he proudly became a union 957 carpenter out of Stillwater working for Hauenstein & Burmeister (H&B) for 25 years before retiring to his dairy farm to focus on farming. Les was always building and tinkering and was very proud of his woodworking skills. Les also loved animals. It was very rare to find him on the farm without a cat or two and at least one dog following him around. He also loved the outdoors and passed that love on to his children. He enjoyed going out to the hunting camp in the “swamp” for deer hunting with family and friends. He also loved fishing and went up north as much as he could to spend time on the water. And most of all he loved camping. From tents, to tent trailers, and eventually their motorhome, Les and Mary were on the road as much as they could get away. Whether it is a quick trip up to Grand Marais or a longer trip “Out West” he loved to travel the US and see all sites, especially state and national parks.

Monsignor Aleksander Suchan will officiate funeral services for Les: 11 AM; Tuesday, March 17, 2020 at Immaculate Conception Catholic Church in Pine City.  A time of visitation and reviewal is planned from 5-7 PM Monday (3/16) at the Swanson Funeral Chapel in Pine City and also one hour prior to the service in the St. Anthony Commons area at the church.  The interment will take place in Birchwood Cemetery in Pine City.

To order memorial trees or send flowers to the family in memory of Lester "Les" Charles Bombard, please visit our flower store.