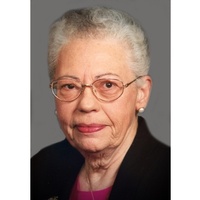 Lila Jane (Davis) Trent of Pine City passed away November 27, 2017.  After months of cancer treatments, she was in Fairview hospice care at home with her husband Jerald and daughter Lori.Lila, the youngest of four children, was born on February 13, 1933 in Wabasso, Minnesota to parents Orin and Lydia Davis, then spent her pre-marriage life in Redwood Falls, Minnesota where she graduated high school.  With courses in business, she was prepared to begin work immediately for farm implement dealer, Wood and Conn.  She married Jerald Trent on October 29, 1955 at the First Presbyterian Church in Redwood Falls, Minnesota.  During the next several years Lila worked at Honeywell Aeronautics, then Wood and Conn, then Beale Air Force Base in California, and again Wood and Conn as Jerald worked on a master’s degree and then was drafted in the Army.  During this time, Lila drove to Fort Knox, Kentucky and later to California by herself as she followed Jerald to new military locations.  After his service, they lived in the Twin Cities and Lila was assistant to the Honeywell Aeronautics production manager and to the vice president of that division.Her spirit of bravery and adventure continued through all their married life as they spent much of one summer camping across Canada both west and east.  They hiked in many national and state parks over the years and visited natural sities in many states by car and motorhome.  The highlight of their travels was a geology/cultural trip to Germany!  She was always an avid fisherman- especially in Lake of the Woods and Canadian lakes.When her children were in grade school, Lila went to work at St. Paul Academy in the business office and began development of the use of computers in managing school finances.After retirement in 1996, Lila and Jerald lived on Cross Lake and spent half of each year in Arizona.Lila is preceded in death by her parents, sister Edna Johnson, brother Clinton Davis and son James W. Trent.She is survived by her husband of 63 years, daughter Lori, sister Darlene Teick, and grandsons Nathan and Andrew.Pastor Rob Spahr will officiate funeral services for Lila Trent at 11:00 a.m., Thursday, November 30, 2017 at First Presbyterian Church of Pine City.  A time of visitation will be held one hour prior to the service at the church.Funeral arrangements are entrusted to:  Funeral and Cremation Service of Pine City, Swanson Chapelwww.FuneralAndCremationService.com
To order memorial trees or send flowers to the family in memory of Lila Jane Trent, please visit our flower store.