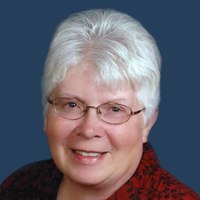 Linda L. (Moulton) Blazek was born April 8, 1946 to Clyde and Norma (Holger) Moulton in Rush City, Minnesota.  She was baptized and confirmed at First Lutheran Church of Rush City.  She attended and graduated from Rush City High School in 1964.  Linda grew up as the oldest child of a farming family, this would come to define her life.  She met her first husband, as many of the day did, at the Rush City Rollerdrome. They were married April 29, 1967 and shortly after they embarked on a farming career as well.  To this union, they were blessed with four children: Bryan, Christine, Anita, and Jeri.  Years later, feeling they had enough love to give, they added a fifth in Dean. Tragedy would strike as Gerald was lost to a farming accident in 1985.  Linda would continue the farm as the steady presence she was.

Through this community she would meet and marry Roger Blazek on February 17, 1989.  Together they continued raising their families and were partners to the end in their farming operation.

Linda was a 4-H leader and a teacher of life skills.  She had a subtle way of guiding us all through the challenges of life.  Linda was an avid quilter, having made some 30 plus over the last few years and enjoyed going to quilt shows and quilt trips.  Roger and Linda both enjoyed the antique thrashing shows, tractor pulls and county fairs.  They enjoyed watching the kids and grandkids show 4-H animals, play in school bands and participate in other various activities.

She is preceded in death by her father Clyde Moulton; husband Gerald Kelling; daughter Christine Kelling.

Reverend Nathan Baker-Trinity will officiate funeral services for Linda: 11 AM; Wednesday, March 18, 2020 at the Olson Funeral Chapel in Rush City.  A time of visitation and reviewal is planned from 5-8 PM Tuesday (3/17/20) and also 1 hour prior to the service at the chapel.  The interment will take place at the First Lutheran Cemetery in Rush City.

To order memorial trees or send flowers to the family in memory of Linda Blazek, please visit our flower store.