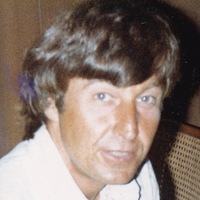 Manley Farrester, age 75 of Minneapolis, passed away peacefully on October 8, 2020 in Pine City, Minnesota where he was a long time resident.

Manley Sterling Farrester was born on March 6, 1945 on a train headed for Manhattan, Kansas.  The oldest son of Bill (adoptive father) and Linnea (Johnson) Farrester.  He spent his young childhood in Portland, Oregon and in his early teens his family settled in Minneapolis.

After graduating from Roosevelt High School, Manley earned a full scholarship to the Minneapolis School of Art.  He was a lifelong supporter and lover of the arts; participating in plays, sculpting and music.

Manley loved to live in beautiful places and spent many years on Neah Bay in Washington state and on the big island of Hawaii.

He will be remembered most for his creativity, unique character and generous heart. Many of his friends say he would give the shirt off his back, as he had a huge soft spot for the underdog. He was known for giving his close friends and even strangers a friendly razz and this is how you knew you were loved by Manley.

He is survived by son, Daniel N. Gorny and daughter, Rachel F. (Mark) Bighley; grandchildren Morgan and Evan, six nieces, one nephew, and many family and friends.

A special thanks to the staff and residents of Westchester Village for their support, love and friendship to Manley in his final years.  Our family appreciates all the assistance and care you provided, not only to Manley, but to his family as we finalized his affairs after his passing.

To order memorial trees or send flowers to the family in memory of Manley Sterling Farrester, please visit our flower store.