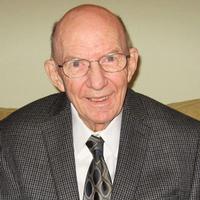 Marcus “Mark” Raymond Althoff passed away Sunday June 25, 2017 at his home in Pine City at the age of 75.Mark was married to Janet Zwieg on December 17, 1966 at Messiah Lutheran Church in Mounds View, Minnesota.  The couple moved to Pine City in the summer of 1973 to begin his CPA practice.  He and Janet later moved to Hinckley to enjoy country living.  Mark retired in 2009.  In October 2014 they moved back to Pine City because of his diagnosis of frontotemporal aphasia.Mark was an active member of Zion Lutheran Church, Pine City, and served in various offices of the church council for 34 years.  In 2008 he and Janet transferred to St. Paul Lutheran Church in Hinckley.  He also has been involved with the Lions both in Pine City and Hinckley.Mark enjoyed deer hunting, fishing and working on projects on his farm.Mark is survived by his wife Janet Althoff of Pine City; daughters Karen Althoff and Sarah Althoff both of Pine City; sisters:  Darlene Pearson of Cambridge, Alvera Posey of Mora, JoAnn Gunderson-Breska of Pine City; brothers:  Arnold (Diane) Althoff of Cambridge, Gordon Althoff of Mora, Robert (Kris) Althoff of Ogilvie; aunt Hertha Bennett of Michigan; many nieces, nephews and friends.Mark is preceded in death by his parents Theodore & Mary Althoff; and brother Roger Althoff.Pastor Glen Kleppe will officiate at services for Marcus:  11:00 AM Wednesday, June 28 at Zion Lutheran Church in Pine City.  A time of visitation is planned for one hour prior to the service at the church. Interment will take place in Birchwood Cemetery.Funeral arrangements for Mr. Marcus Althoff are entrusted to the: Funeral and Cremation Service of Pine City - Swanson Chapel.  www.FuneralAndCremationService.com
To order memorial trees or send flowers to the family in memory of Marcus Raymond Althoff, please visit our flower store.