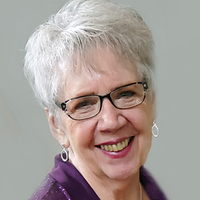 Margaret Bible passed away Tuesday, August 10, 2021, at Northern Pines Assisted Living in Pine City at the age of 82.

Margaret Anne (Kirchberg) Bible was born on November 10, 1938 to Francis and Alberta (Wey) Kirchberg in Rush City, Minnesota. She was the fifth of nine children and often referred to being that "poor middle child."

She attended Stevens country school through 3rd grade and then went to Rush City schools, graduating from high school in 1956. She moved to Minneapolis after graduation and worked for Honeywell. She came home on the weekends, and it was on one of those weekends that she went to Pine Camp Ballroom with friends and met Donny Bible. She and Donny were married on September 9, 1961, and lived in Pine City. Margaret began working for Pine County in the Department of Human Services. She took a short time off when their daughter, Lynda, was born in 1963, but she returned to work when Lynda was 9 months old. Margaret retired as a supervisor in Human Services in 1997.

Upon retirement, Margaret and Donny spent much time at their trailer in Alexandria, where they fished, played cards with friends and enjoyed being together. After Donny passed away in 1999, Margaret eventually sold the trailer.

Margaret and Donny purchased a home in Rock Creek in the fall of 1971. After Donny passed away, Margaret had a town home built for herself in Pine City. Three of her siblings later lived in town homes on her street, as well, and she was so happy to be so near her family.

Margaret enjoyed traveling and took many trips around the US with her family and with friends. She collected spoons from all the states she visited and only missed a small number of states. She and Donny bowled in a league for a few years. Margaret also enjoyed playing cards and belonged to a couple's 500 card group with Donny. She was still a member of two women's 500 groups, one of which she had played in for nearly 60 years! She also was a member of a Bunco group in town. Margaret's other hobbies included reading and knitting. She made numerous Christmas gifts of hats, mittens and slippers over the years.

Margaret also gave of herself, volunteering at the food shelf, driving people to appointments, and serving as a respite care volunteer for hospice. She worked for several years in the open class booth at the Pine County Fair. She was very active in her church, the Immaculate Conception Catholic Church in Pine City. At church, she served as a collection counter and a member of the Legion of Mary. She also co-chaired rosary makers and the prayer shawl ministry and was co-president of the ICCW. Her faith was very important in her life.

Among Margaret's greatest joys in life were her grandchildren. Ben spent summers at the trailer in Alexandria with her and Donny and formed a great bond with them. She took a couple of girls' trips with Lynda, Katie and Jenny, going to House on the Rock and Branson. She accompanied Lynda's family to Disney World, too, creating special memories. She loved holidays and other gatherings with Scott, Lynda, and all the kids and their partners.

Margaret will always be remembered as a loving and devoted mother, grandmother, sister, aunt and friend to many. She will be dearly missed.

A Mass of Christian Burial for Margaret: 10:30 AM; Tuesday, August 17, 2021 at the Immaculate Conception Catholic Church in Pine City.  A time of visitation and reviewal is planned from 5-8 PM Monday (8/16) with a 7:30 PM Rosary at the Swanson Funeral Chapel and reviewal also one hour prior to Mass in the St. Anthony Commons area at church.  The interment will take place in Calvary Cemetery, Pine City.

To order memorial trees or send flowers to the family in memory of Margaret Anne Bible, please visit our flower store.