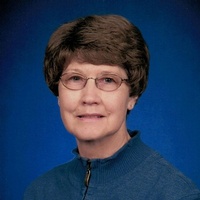 Mary Ann Rohlf, age 77, died peacefully on Friday, October 5, 2018 surrounded by her family at Regions Hospital in St. Paul, MN after suffering a stroke at her home in North Branch. She was born April 25, 1941 in Wadena, MN to Marcellus “Bud” and Mildred “Millie” (Tiedeman) Ertz.

Mary was the eldest of Bud and Millie’s seven children and attended elementary school in Sebeka until she moved with her family to Rush City in 1952. In 1959, Mary graduated from Rush City High School and was the salutatorian of her class. After graduation, she moved to Denver, CO for a year before returning to Minnesota. Upon her return, she was employed by Prudential in Minneapolis. During this time, she met Paul Rohlf who was a friend of her brother Jay. Paul and Mary were wed on June 1, 1963. The couple lived in Minneapolis for about a year, moving back to Rush City in 1964. Paul and Mary were blessed with three children.

While the children were young, Mary held a variety of part-time positions. When the children were older, Mary began working full-time for Chisago County Human Services as a clerical worker. She worked for the county for 21 years until her retirement in 2005. Through the years, Mary also worked as the bookkeeper for Paul’s businesses, which started as part-time entrepreneurial ventures and eventually grew into his full-time business.

Mary was very active as a volunteer. She was a Girl Scout troop leader and regularly volunteered for church events. She also served as a volunteer music director at Sacred Heart church in the 1970s. After retiring, she delivered for Meals on Wheels and served lunches at the Senior Center in Rush City. Mary also served as caregiver for her father Bud so that he could remain living independently at his home until his death at age 92.

Mary enjoyed spending time with her family and friends. In particular, she loved attending her children’s and grandchildren’s extra-curricular activities. Mary remained close with a group of high school friends known as the Fabulous Five and also with a group of co-workers from the county, and treasured getting together with them regularly. She enjoyed gardening and her home was always surrounded by beautiful plants, gardens and hanging baskets. Mary also had a well-known fondness for cats.

She was preceded in death by her parents Bud and Millie and her husband Paul.

Father Shane Stoppel-Wasinger will celebrate a Mass of Christian Burial for Mary Ann: 10:30 AM; Friday (10/12/18) at Sacred Heart Catholic Church in Rush City. A time of visitation and reviewal is planned from 5-7 PM Thursday (10/11/18) at the Olson Funeral Chapel in Rush City and also one hour prior to the Mass at church. Mary’s grandsons will serve as casket bearers. The interment will take place in the Calvary Catholic Cemetery, Rush City.

Memorials may be directed to: American Cancer Society or Meals on Wheels.

Funeral arrangements are entrusted to the Funeral and Cremation Service of Rush City - Olson
Chapel. www.FuneralAndCremationService.com
To order memorial trees or send flowers to the family in memory of Mary Ann Rohlf, please visit our flower store.