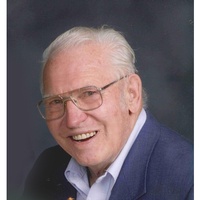 Michael Hudak of Pine City passed away Thursday, February 28, 2019 at Firstlight Hospital in Mora at the age of 89.

Michael served in the United States Army from 12/5/1951 to 9/8/1953 during the Korean War.  He was honorably discharged with the rank of Corporal.  On August 22, 1959 Mike was united in holy matrimony to Sylvia (West) Brown at Immaculate Conception Catholic Church of Pine City.

Monsignor Aleksander Suchan will celebrate a Memorial Mass for Michael: 10:30 AM; Tuesday, March 12th at Immaculate Conception Catholic Church with a time of visitation one hour prior to the service in St. Anthony Commons at the church.

To order memorial trees or send flowers to the family in memory of Michael Benjamin Hudak, please visit our flower store.