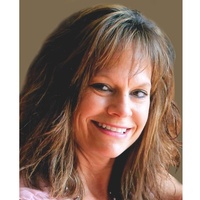 Patricia Gahler passed away peacefully at her home surrounded by family Wednesday morning July 11, 2018 at the age of 54.  Trish lived with and battled cancer since August 2014.

Patricia Jean Hingos was born August 30, 1963 to Leo and Audrey Hingos in St. Paul, Minnesota.  The family left their home in Vadnais Heights, Minnesota in 1974 and moved to a farm in rural Pine City.  Trish said it was on the farm her work ethic became defined.  As a child she was involved in 4-H showing cattle at the county fair.  She also had a passion for cooking, baking and especially sewing and quilting.

In high school she met and was courted by a young Tom Gahler.  The couple went away to St. Cloud State University where they each graduated with a bachelors degree.  One week after graduation, June 1, 1985 Trish and Tom were married at Immaculate Conception Catholic Church in Pine City.  After the wedding, the couple found work and started their careers in St. Paul in the finance business.

In January 1987, Trish gave birth to their first child Traver and began the role of motherhood.  The following year, the family of three moved to Forest Lake.  In June 1988, Trish gave birth to their second child, Chelsie.  In 1991, Trish and Tom took an opportunity to move “home” to Pine City and they decided she would stay home to concentrate on raising their children.  Trish said she wanted one more child before the age of 30.  In July 1993 (one month before her 30th birthday) she gave birth to Austin and their family was complete.  In 1996, with the family complete and the kids a little older, Trish wanted to get back into the working world.  She purchased the JC Penney Catalog and appliance store in Pine City from Tom’s parents.  Trish successfully owned and operated the store for 10 years before selling the business.  She then began her career with the Pine City and Hinckley School systems; retiring in 2017.  Faith, family and friends is what Trish wants everyone to remember about her and not the disease she had.

To order memorial trees or send flowers to the family in memory of Patricia "Trish" Jean Gahler, please visit our flower store.