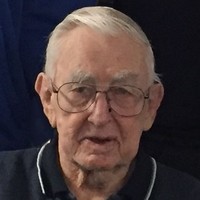 Phillip Swanson, a life-long resident of Pine City, passed away peacefully on Saturday, February 29, 2020 at Elderwood of Hinckley the age of 92. Phillip Charles Swanson was born at home on January 15, 1928 to Fritz and Ethel (Lindstrom) Swanson in West Rock Creek, Minnesota. He was the 4th oldest of ten children. Phil graduated from Pine City High School and after working in the area for several years, he was drafted into the United States Army during the Korean conflict in the early 1950’s. After the war, Phil began a 30-year career as a driver for American Linen servicing customers throughout the Twin Cities area. In 1954, Phil married his sweetheart Patricia “Patty” Basta also from Pine City. Phil was the quintessential outdoorsman and spent countless hours over his lifetime fishing and hunting game of all sizes in every season. He was very enthusiastic each year to participate in the state lottery system for moose and bear and really enjoyed the camaraderie of friends in fishing huts on frozen lakes. Phil was also a talented gardener and used much of that expertise to feed his young family. He was a devoted sports fan and loved cheering on the Gophers, Twins and Vikings. Phil was also a loyal and frequent patron of the local Heath-Perkins American Legion Post #51. Phil lived for many years at the Westchester Village Apartments in Pine City and most recently at the Elderwood of Hinckley. As a kind and gentle man, he will be missed. Phil is survived by his daughters Linda (David) Hicks of Winter Garden, Florida, Bonnie Swanson and Brenda (Tim) Dotte all of Hugo; 7 grandchildren; 6 great-grandchildren; siblings Lois Ellsworth, Rodney (Carole) Swanson, Chuck (Carol) Swanson all of Rush City; many nieces and nephews. He was preceded in death by his parents Fritz and Ethel Swanson; wife Patty Swanson; son Steve Swanson; siblings Rodney Swanson, Bonnie (Harold) Bengtson, Willard Swanson, Harlan Swanson, Lowell Swanson and Darrel Swanson. Pastor Rob Spahr will officiate at funeral services for Phil: 11:30 AM; Wednesday, March 4, 2020 at the Swanson Funeral Chapel in Pine City. A time of visitation and reviewal is planned for Tuesday evening (3/3/2020) from 5-7 PM and also a half hour prior to the service at the funeral chapel. The interment with military honors will take place in Birchwood Cemetery in Pine City. Funeral arrangements are entrusted to: Funeral and Cremation Service of Pine City ~ Swanson Chapel www.FuneralAndCremationService.com
To order memorial trees or send flowers to the family in memory of Phillip Charles Swanson, please visit our flower store.