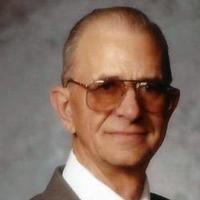 Raymond (Ray) Elroy JenkinsRay passed away Friday, June 2, 2017, in North Branch, Minnesota, at the age of 94 years, 3 months, and 15 days. He was born on February 18, 1923, to Raymond Jay and Minnie Sophia (Eichhorn) Jenkins in the Village of Winnebago, Minnesota. He grew up in Winnebago and graduated from Winnebago High School on May 28, 1941.Ray wrote that “at age eight . . . Alan and I cleaned the stockyards for $9.00 a month. We worked every Saturday.” He said that it was the depression and people were poor. In later years on weekends or summers he worked at a variety of jobs, including: weeding Lima Beans for 10 cents an hour; picking sweet corn for the canning factory; mowing, raking, and loading hay using horses; shocking grain and running a bundle team threshing; helping relatives feed pigs, care for chickens, and crank the cream separator, while they milked by hand. By age 14 he was using a tractor because the farmers had replaced the horses with tractors.After his junior year, he started working part-time at Land-O-Lakes Products and Creamery in Winnebago. It became a full-time job after graduation. While at Land-O-Lakes, Ray tested and obtained a State of Minnesota Department of Agriculture, Dairy and Food, Cream Grading and Babcock Testing License. He worked as a Laboratory Tester II, until September 1942. He worked at the Potter Ice Cream Company in Waterloo, Iowa, as an Ice Cream Maker, until February 12, 1943.Ray served in the Army during World War II from February 20, 1943, to January 15, 1945, as a paratrooper in the 11th Airborne Division, 127th Engineer Battalion. He served in the New Guinea Campaign of the Asiatic Pacific Theatre. He suffered vertebrae injuries and a subsequent fusion of five vertebrae. Ray wrote that “. . . I asked about dancing, and they said that was good, so I have been dancing ever since.”In 1945, Ray attended Mankato State Teachers College (Industrial Arts major) for one year while working part-time in the Sears - Hardware Department and at Stevenson’s Dress Shop as a Janitor. Upon quitting college, Ray went to work full-time at Land-O-Lakes in Mankato.On furlough from the Army on Christmas night 1944 he met Irene Nyquist on a blind date and they went dancing. Ray and Irene were married on January 10, 1946, at St. John’s Evangelical Lutheran Church, St. Clair, Minnesota. They were blessed with a marriage of over 67 years and four children.In 1947, they purchased a farm in North Branch. In addition to dairy farming Ray worked in construction (block layer, brick layer, cement finisher) for various contractors. He eventually worked in construction part-time and contracted on his own. Selling the farm in 1980, they moved to rural Harris, Minnesota.Ray retired in 1983 and after Irene retired they spent winters in Mount Ida, Arkansas (until 2013) and summers in Garrison, Minnesota, and from1994 summers on a lake near Harris. In retirement Ray enjoyed travel, dancing (silver medalist in Arkansas Senior Olympics) wood working, gardening, cooking, politics, playing cards, reading, sporting events, and television: sports, rodeos (especially bull riding), westerns, and old movies. He was a member of the American Legion for over 40 years.Ray is survived by his daughters Rita Maguire of Lindstrom, Patricia (Joel) Anderson of Coon Rapids and Kay (Warren) Mattson of North Branch; 5 grandchildren; 6 great-grandchildren; brother Lloyd Jenkins of Owatonna; sisters Lola Hagen of Sherburn and Mava Kirkpatrick of Baxter; sister-in-law Doris Jenkins of Andover; nieces; nephews; other relatives; and friends.He is preceded in death by his parents Raymond J. and Minnie Jenkins; wife Irene Jenkins; son Larry Jenkins; brother Alan Jenkins; brothers-in-law Art Day, Walter Hagen and Dean Kirkpatrick; sisters-in-law Harriet Day and Lois Jenkins; special friends Walter and Ruby Claussen.Pastor Paul Anderson will officiate at funeral services for Ray: 11 AM; Friday, June 16, 2017 with a gathering of family and friends 1 hour prior to the service all at St. John’s Lutheran Church of Weber.Funeral arrangements are entrusted to the: Funeral and Cremation Service of Rush City~Olson Chapel. www.FuneralAndCremationService.com
To order memorial trees or send flowers to the family in memory of Raymond Elroy Jenkins, please visit our flower store.