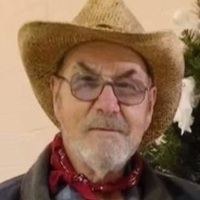 Richard, the son of Frank and Angela Muellner was born June 18, 1944 in St. Paul, Minnesota. He married Patricia Pangerl January 28,1967 and they were blessed with two children, Theresa and Gregory.

Richard worked in maintenance for Plastech Research in Rush City for over 18 years. Later, Richard established Northern Lights Transportation and transported frozen foods. Throughout his worklife, Richard continued to farm.

A celebration of Richard's life will take place on Saturday, May 14, 2022 from 1-4 PM at the Rock Creek City Center.

To order memorial trees or send flowers to the family in memory of Richard Francis Muellner, please visit our flower store.