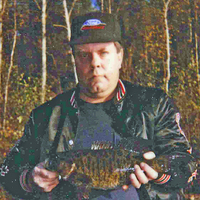 Bob was born in St. Paul on March 6, 1958 to Don and Arlene Clasen.  They lived in Columbia Heights for most of Bob’s school years, later moving to a hobby farm in Pine City.  He graduated from Pine City High School in 1976 and enlisted in the Navy.  He began his basic training in January, 1977 in Great Lakes, Illinois.  Afterwards, he was stationed at Bethesda Hospital in Maryland, and later in California.  While serving his country, he also spent time on a ship in the Mediterranean Sea, visiting ports such as France, Italy, Turkey and Spain.

Bob was awarded the Navy and Marine Corps Heroism Medal and the citation reads as follows:

“The President of the United States of America takes pleasure in presenting the Navy and Marine Corps Medal to Hospitalman Robert Alan Clasen, United States Navy, for heroism while attached to Company A, First Battalion, 8th Marines on the evening of 20 March 1978 in Carboneras, Spain.  Observing the crash of a CH-53 helicopter, Hospitalman Clasen, with complete disregard for his own safety and fully aware of the personal danger involved, unhesitatingly moved forward and forced his way into the wreckage despite repeated warnings that the aircraft could explode at any moment.  Discovering several critically injured passengers who were unable to move, he quickly freed them from the wreckage and assisted in the evacuation from the helicopter.  Hospitalman Clasen remained inside the wreckage, with no chance for his own escape, until he was certain that all casualties had been removed.  Only then did he exit to assist in triage and the further evacuation of the injured to MEDEVAC helicopters.  Hospitalman Clasen’s prompt and courageous actions in the face of great risk helped save several lives; thereby reflecting great credit upon himself and upholding the highest traditions of the United States  Naval Service.”

After his honorable discharge in 1984, he lived in the Twin Cities area, working construction cleanup and other outdoor services, and later moved back to Pine City.  It was then that he met and married Mary Walberg on June 11, 1999.  Together they lived in Big Lake, Princeton, and Mora and finally found their perfect spot east of Hinckley to spend their retirement. Mary really appreciated his gift for cooking and taking care of the outdoor chores. Bob was a kind and respectful person, with a subtle wit. Mary and his family loved him dearly and he will certainly be missed.

A committal service with military honors is planned for Wednesday, May 25 at 1:00 PM at the Minnesota State Veterans Cemetery (Ripley) in Little Falls.

To order memorial trees or send flowers to the family in memory of Robert "Bob" Alan Clasen, please visit our flower store.