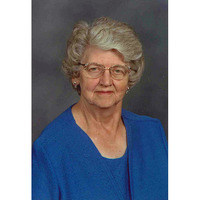 Ruth Clementson passed away Sunday, January 19, 2020 at Walker Methodist Health Center in Minneapolis at the age of 91.

Ruth Martha Holmstrom was born January 29, 1929 to Jonas and Marta (Johnson) Holmstrom in Mora, Minnesota.  She grew up on the family farm; no milking chores for the “girls”, however, she helped with her younger siblings, tended a huge garden and did some cooking.  Her father didn’t allow the girls to wear make-up, curl their hair, play cards or learn to drive a car.  That didn’t stop the girls; they bought their own cards and hid them.  Ruth talked about looking for agates as they walked the country roads to school and cutting ice on Mud Lake.  When Ruth was 15 years old her mother became very ill, she did all the family cooking and bread baking.  She often stayed with her grandparents, her grandpa would split wood and Ruth would deliver it to the house with a message for her grandma “this is pancake wood”.  She was afraid to ride in the car with her grandpa; he never really learned how to drive and always drove on the wrong side of the road. Her Aunt Viola would tell her "just pretend you're not scared".

Ruth moved to Minneapolis, over the years she was employed with Colwell Press, Dayton’s and Roseacher’s Flowers & Nursery.   While living in Minneapolis she met and married Joseph Kish.  It wasn’t until after Joe passed away that she finally learned to drive a car.   Ruth married William Clementson, together they made their home in Pine City.  She worked as a housekeeper at the Rush City Hospital and was an active member at Our Redeemer Lutheran Church in Pine City.  She loved singing; joined a group that often visited nursing homes, she even dressed as a clown for many of those visits.  Ruth loved Billy Graham; the television was on when Billy was talking, it didn’t matter if she had company.

After Bill passed away, she enjoyed spending time with family and friends making holidays special with her Rice pudding.  She would pick-up the ladies for lunch dates, often going to her favorites Nicoll’s Café or the Rock Creek Truck Stop.

Reverend Dr. Vicki VanderVegt will officiate funeral services for Ruth:  11 AM; Saturday (2/1/2020) at Our Redeemer Lutheran Church in Pine City.  A time of visitation for friends and family will be held from 4-7 PM Friday (1/31/2020) at the Swanson Funeral Chapel and also one hour prior to the service at the church.  A spring interment will take place at Birchwood Cemetery in Pine City.

To order memorial trees or send flowers to the family in memory of Ruth Martha Clementson, please visit our flower store.