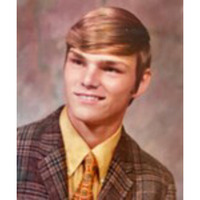 Thomas Alan Swanson was born November 20, 1954 to Delbert and Florence (Hathaway) Swanson in Rush City, Minnesota.  He was baptized and confirmed at First Evangelical Lutheran Church of Rush City and graduated from Rush City High School, where he was voted the "Best Dressed".  He was married in 1976 and had two daughters Trisha and Tracy.  Tom owned many nice vehicles throughout his lifetime; including a new red Road Runner after high school.  Tom's early work life started at United Sprinkler in Rush City and continued in the building trades until his retirement.  He loved to hunt and fish and for almost 40 years Tom lived on the Chisago/Pine county line until fire claimed his home.  He then moved in with his mother Florence west of Rush City.

A celebration of Tom's life will be held from 6-8 PM; Monday, November 1, 2021 with a prayer service at 7: 30 PM all at the Olson Funeral Chapel in Rush City. The interment will take place in First Lutheran Cemetery, Rush City.

To order memorial trees or send flowers to the family in memory of Thomas Alan Swanson, please visit our flower store.